Hover over a maple leaf to view recipient; or scroll down to see full bios ordered from North to South. 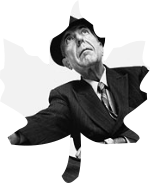 Plaque located on East side of Bank St. between Euclid and Sunnyside.

Leonard Cohen was known for his innovative, honest and spiritual music.

Grammy Award for Album of the Year

Numerous other awards including Canadian Music Hall of Fame

Since “Suzanne” became a folk music staple in the ’60’s, Cohen has reinvented the settings for his deep lyrical messages many times, ethno – folkie at one point, synth – driven at another. Always the melodies are memorable and the wedding of lyric and tune impeccable.

Cohen is often sited as a major inspiration by artists as disparate as U2, Elton John and Kris Kristofferson. 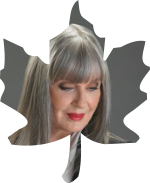 Plaque located on East side of Bank St. at Sunnyside.

Sylvia Tyson was one half of the phenomenally successful duo “Ian & Sylvia”, one of the first Canadian songwriters to become a force in the United States. Later, she helped found “The Great Speckled Bird” which was a seminal country rock band. Her solo career has been a huge success as has as her participation in the group “Quartette.”

The Order of Canada

Tyson has also been active on the boards of the Junos and Factor. She is also a founder of the Canadian Songwriter’s Hall of Fame. 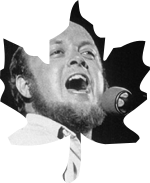 Plaque located on East Side of Bank St. at Hopewell.

Stan Rogers was born in Hamilton Ontario on November 29th, 1949 of maritime parents, and although he lived his life in Hamilton and on the road, his life reflected his deep roots in Nova Scotia.

On June 2nd, 1983, Stan’s life ended as he lived it. He was larger than Life. His legacy is a collection of songs that reflect a Canadian persona, and, due to his untimely demise, is but a small part of a body of work that was only just begun.

Stan Rogers has been honoured in all parts of the world with plaques and tree plantings, and many posthumous awards, including Juno nominations, for which his family will always be grateful.

Stan Rogers’ songs continue to be such an inspiration that his albums and books continue to sell twenty years later.

For years at folk festivals, fans felt that at any moment Stan would show up at a workshop or walk out of an elevator with his guitar strapped across him, looking for a place to laugh and sing, and laugh some more.

The Canadian Folk Legend lives on through his words. 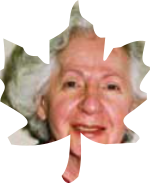 Plaque located on North-West Side of Bank St. at Hopewell.

Estelle Klein was the much loved and respected artistic director of the Mariposa Folk Festival during its years at Innis Lake and Centre Island.

She first introduced what has become the “standard” format of the Canadian Folk Festival (afternoon workshops culminating in evening concerts by featured artists) and then moved beyond that concept to the ideas of mainstage workshops, artist interaction, aboriginal artistic input and the sublimation of night time concerts and “stars” to the more organic whole of the festival as celebration.

All her life Estelle was an inspiration and touchstone for Canadian Folk Music.

The Ontario Council of Folk Festivals has created the “Estelle Klein Award” as their highest honour, bestowed upon those who have contributed over a lifetime to Canadian Folk Music.

Estelle Klein does not have an official website: Mariposa Folk Festival History. 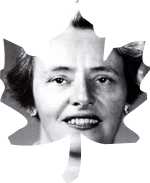 Plaque located on South-West Side of Bank St. at Hopewell.

Helen Creighton was one of Canada’s pioneers in the collection of folk songs and stories notably from Nova Scotia. Her legacy includes material from the 13th and 15th centuries and most prominent among them, “Farewell to Nova Scotia”.

Member of the Order of Canada

Fellow of the American Folklore Society

She published anthologies from over 4,000 songs and stories which can be found in the Library of Congress (1943-1948) and the National Museum of Canada (1947-1967). Her collection is at the Public Archives of Nova Scotia. 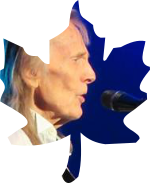 Gordon Lightfoot was born on November 17th, 1938. Just before his 13th birthday he sang at Massey Hall in Toronto in a competition for boy sopranos. Massey Hall became an annual tour date for many years. He also performed in Canada Day celebrations at Parliament Hill for Canada’s Centennial, and for Canada’s 150th in 2017.

Throughout his career he has inspired a host of songwriters and his songs have been recorded by hundreds of musicians including Bob Dylan. Today the tradition continues in Country, Folk. Bluegrass, Pop, and even Disco.

His influences on contemporary music from the 60’s to the new millennium are still being written. His legacy in the annals of music will endure forever. 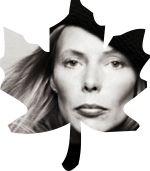 Plaque located on South-East corner of Bank St. and Belmont.

Joni Mitchell was born in Fort McLeod, Alberta on November 7th, 1943. Her parents moved to Saskatoon where her interests in art, poetry, and music were soon seen and encouraged by family and teachers.

After a short stint at Art School in Calgary she set out to become a folk singer. Her rise was meteoric, for all who heard her recognized a unique voice, unique musical style, and lyrics that were absolutely stunning.

The awards for personal achievements are too numerous to mention here.

It is through Joni Mitchell’s ongoing quest to express herself as a visual artist, a musician, and a songwriter that she continues to be an inspiration to all. 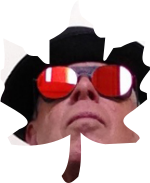 Plaque located on East side of Bank St. at Grove.

Born in 1945 in Ottawa, Bruce spent the 60’s playing in various musical aggregations and in the 70’s he struck out on his own developing into an international icon as a folk artist.

Always evolving, his music delves the depths of personal, environmental and world issues.

Bruce represents the thoughts and aspirations of an entire generation.

Promotion within the Order of Canada

Bruce Cockburn stands as an example to several generations of singer/songwriters and is highly regarded for his work promoting issues about the environment and humanitarian causes. 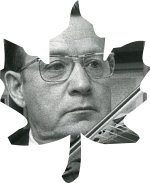 Plaque is located in front of Patty’s Pub.

Jean Carignan was born in Levis Quebec in 1916. Learning from his father from the age of 4, by 5 years old he was playing on the streets to help his family’s finances. His fondest wish was to have been classically trained. While he was apprenticed to a shoemaker at age 11, and during the 20 years spent driving his own cab, he continued to play the fiddle.

Highlights in his career included concerts at Carnegie Hall and the Newport Folk Festival.

Member of the Order of Canada

Ti-Jean was never fated to be a classical violinist, but instead he gave traditional music a new life. He significantly enhanced the art of fiddling around the world. 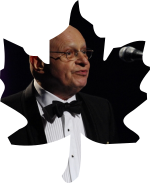 Plaque is located on West side of Bank at Ossington.

He has produced approximately 50 albums between the years of 1951-1963 from most regions of Canada and also Egypt. He produced folk albums by many artists including: Alan Milld, Helen Creighton, and even fellow plaque recipient Jean Carignan.

Sam Gesser does not have an official website: Encyclopedia link. 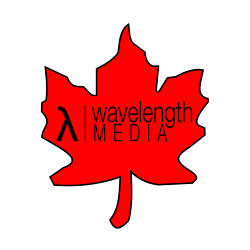 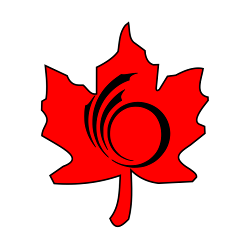 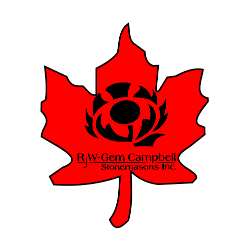